I am a Ranger 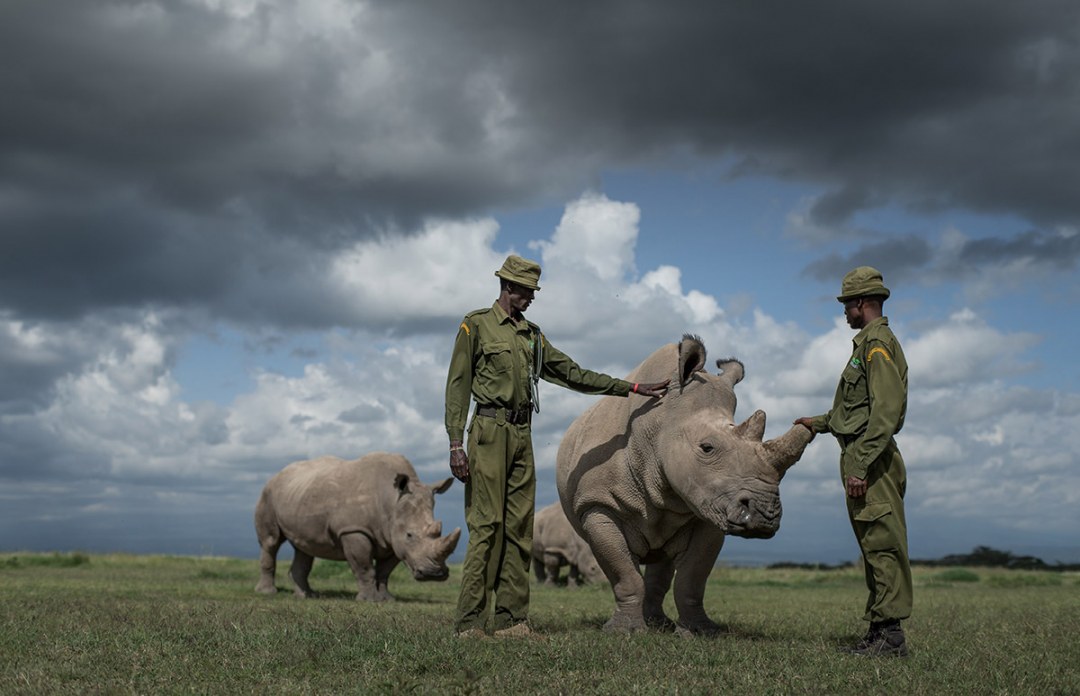 United for Wildlife was created by The Royal Foundation of The Duke and Duchess of Cambridge and Prince Harry. Led by The Duke of Cambridge, our campaign unites the world’s leading wildlife charities under a common purpose: to create a global movement for change.

On this assignment we were documenting the incredible work being done at Ol Pejeta Conservancy -the conservation and community development work, and their integrated approach to conservation. This is one of the six films we are producing for United for Wildlife and hopes to shine a light on some of the many unsung heroes working in conservation that are at the forefront of the war on poaching. It also aims to give viewers some insight into the challenges they face and their view on the current situation as regards wildlife crime in Africa. They urge us to join hands and to work with them to protect our wildlife, as they cannot do this alone.

As a team we were moved by these individuals. They are genuine, passionate, humble and knowledgeable. It was such a privilege to spend time with them. Some of those featured in the film are part of the anti-poaching unit at Ol Pejeta, some manage human-wildlife conflict in the area, and others are the caregivers and protectors of the last remaining northern white rhinos on earth. These animals are guarded 24/7 at the conservancy. 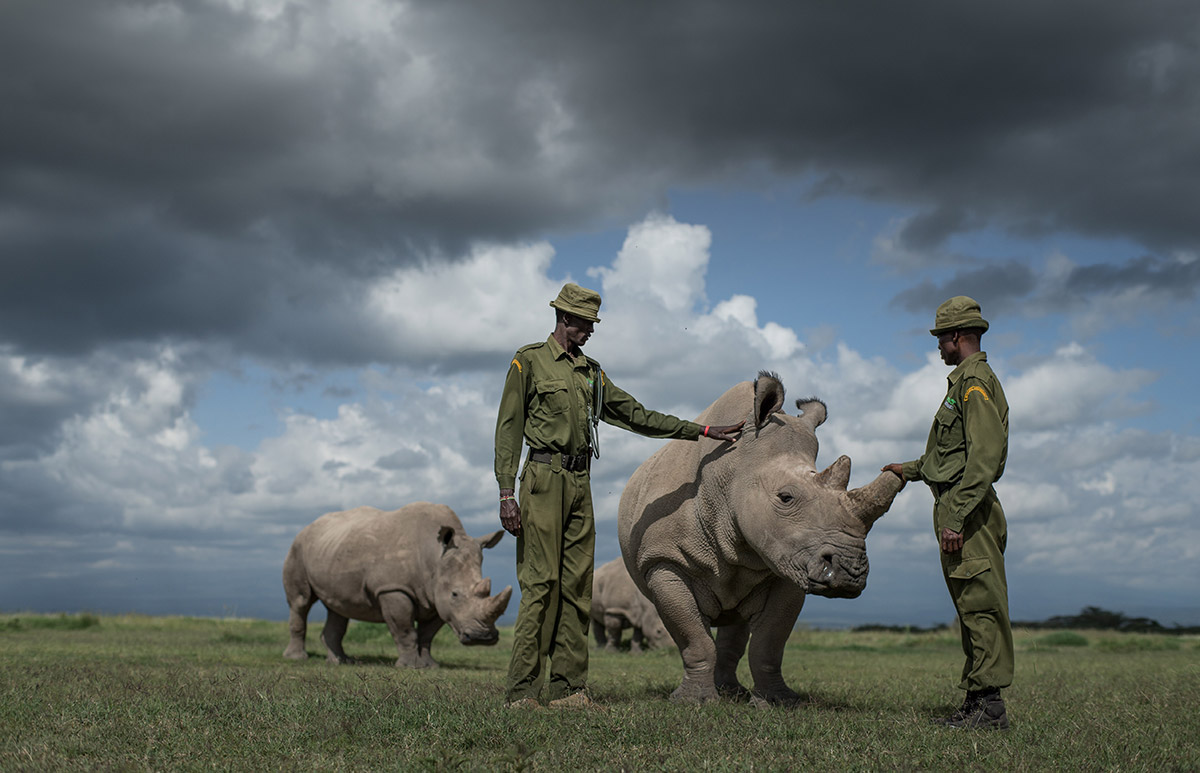 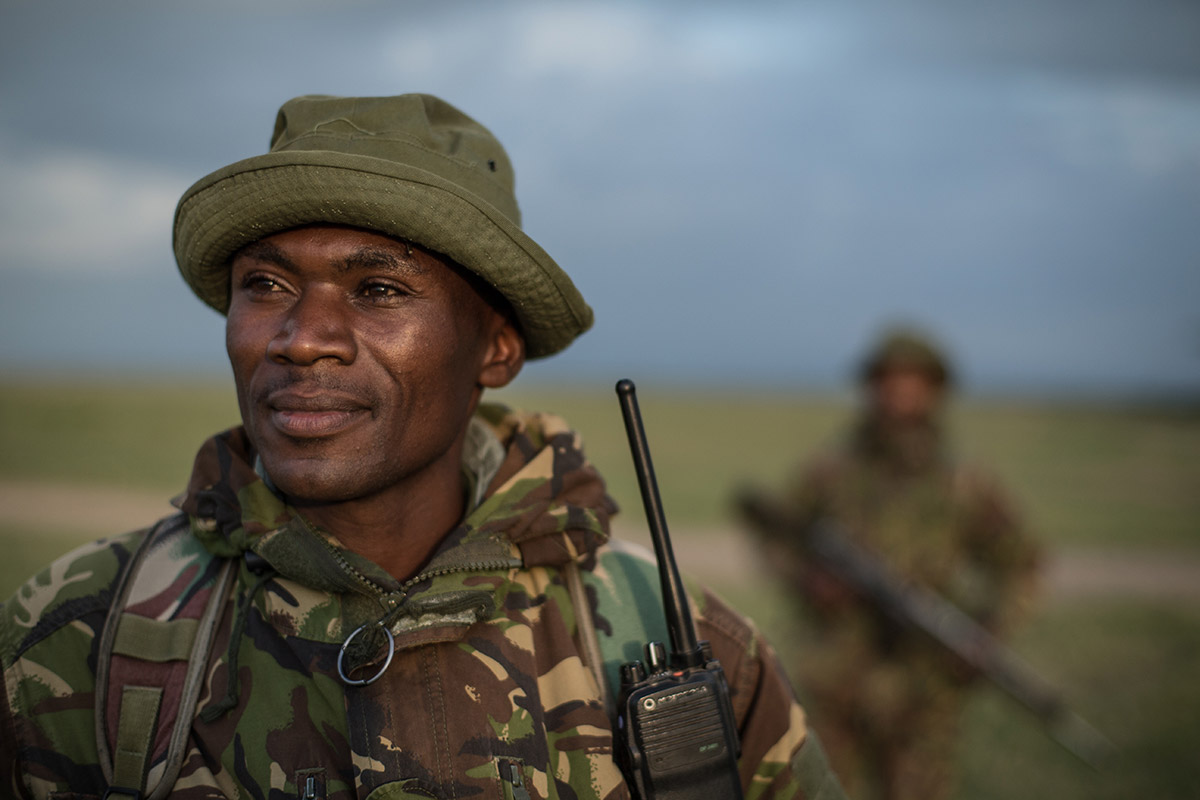 Anti-poachers on patrol at Ol Pejeta

There are only three northern white rhinos left in the world – Sudan (the last male northern white rhino at 43 years old), Najin (Sudan’s daughter at 27 years old) and Fatu (Najin’s daughter at 16 years old). They all were raised in a zoo in the Czech Republic and were brought to Ol Pejeta in 2009 in the hopes that they would breed in a more natural environment. Sadly all attempts at breeding have been unsuccessful thus far and Ol Pejeta, alongside other individuals and organisations are working hard to attempt to use IVF  (In Vitro Fertilization) technology to save this subspecies from extinction. Our hope is that this will be successful and we can one day have a steady population of these magnificent rhino again. 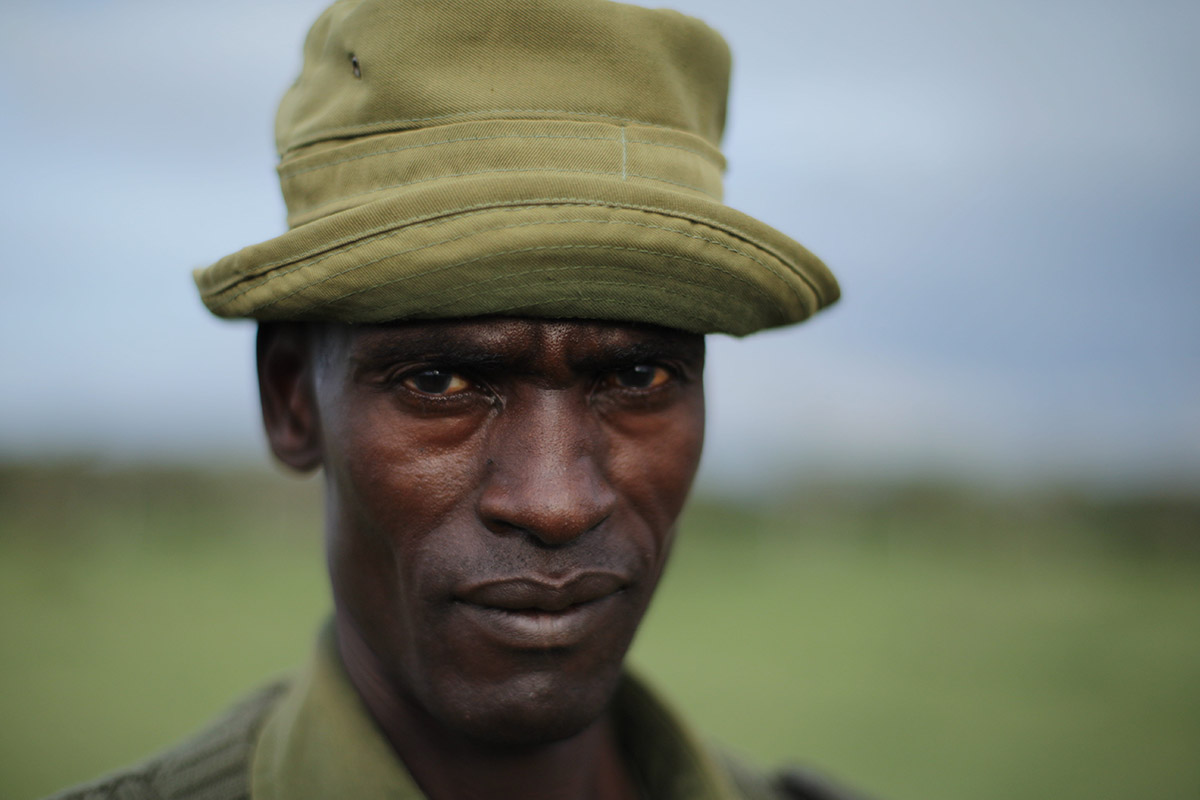 Peter was there when Sudan, Najin and Fatu first arrived at Ol Pejeta in 2009 and has been with them ever since

We thought the northern white rhino would look very similar to the southern white rhino. So similar in fact, that we would not be able to tell them apart. However, this was not the case at all. Northern white rhinos have hairier ears, larger and shorter heads, shorter legs, they have a concave back (versus the more convex back of southern white rhinos) and their horns, when fully grown, twist differently. The physical differences were very obvious and it was so moving to spend time with these three prehistoric creatures. 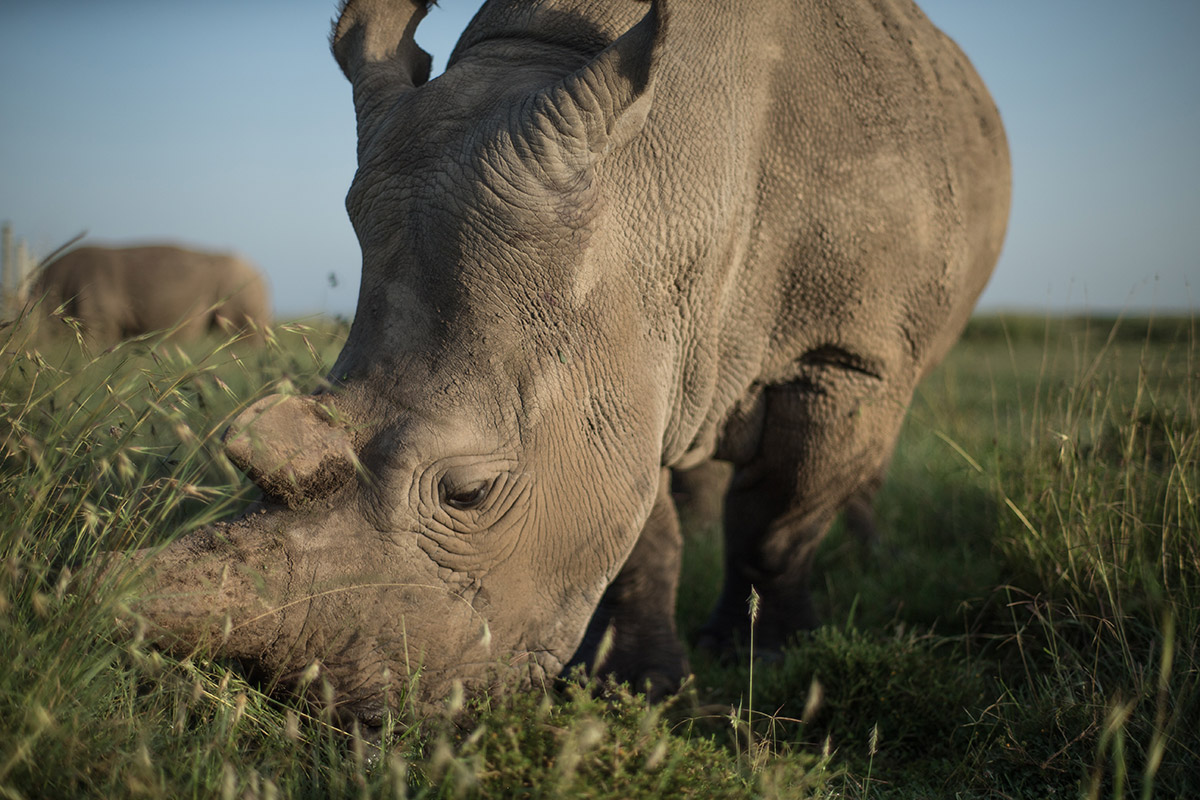 One of the last two female northern white rhinos on earth

Another character in this short film that you will meet is Ringo Starr. Named after the famous musician from the Beatles, this little rhino orphan was abandoned by his mother due to a medical condition and was rescued just in time by the team at Ol Pejeta. He was incredibly weak and malnourished and is thriving in their care. They need to be with him 24/7. Rhinos at this young age need constant company and comfort. 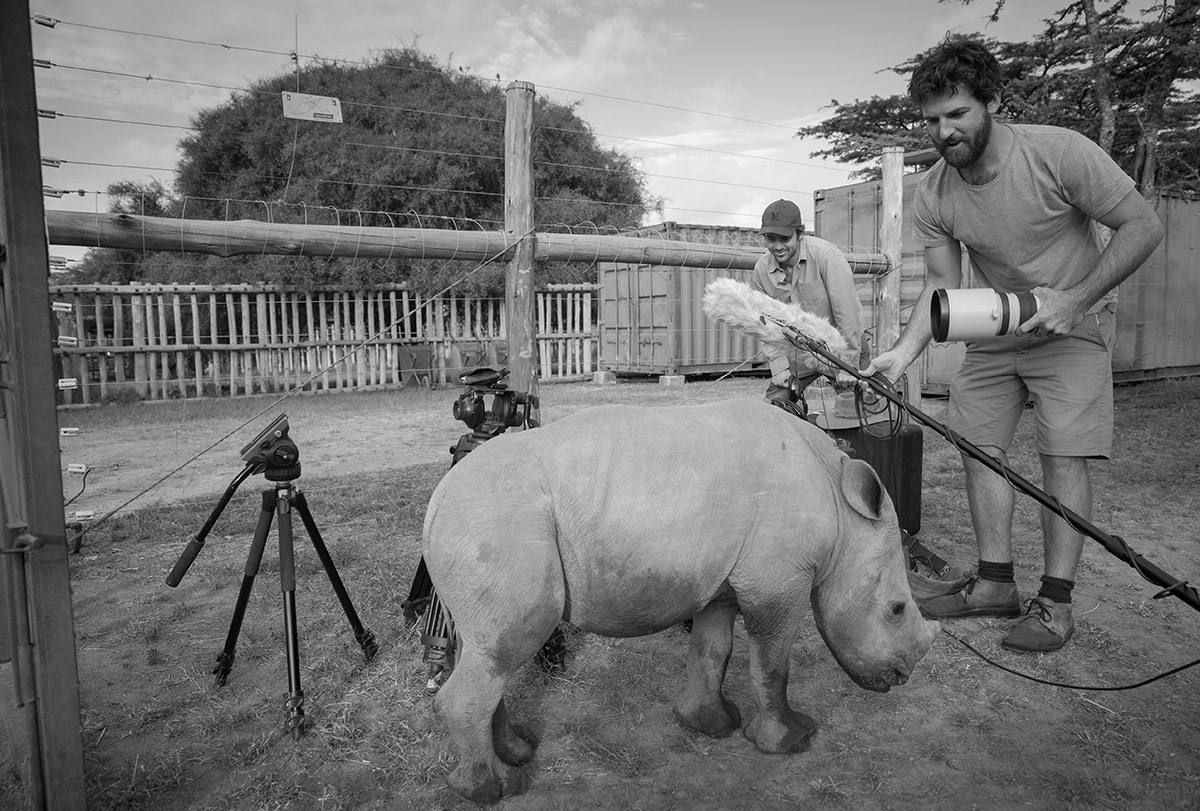 Ringo Starr interacting with the crew

The most incredible part of Ringo’s arrival at Ol Pejeta was that he has given Sudan at 43 years old, a new lease on life. Sudan was lonely as he cannot be in an enclosure with other rhino due to aggression and the fact that he is blind in one eye. And he has taken to Ringo – they spend time together playing and Ringo learns from Sudan. The guards say Sudan has transformed and even looks younger thanks to this new friend of his. 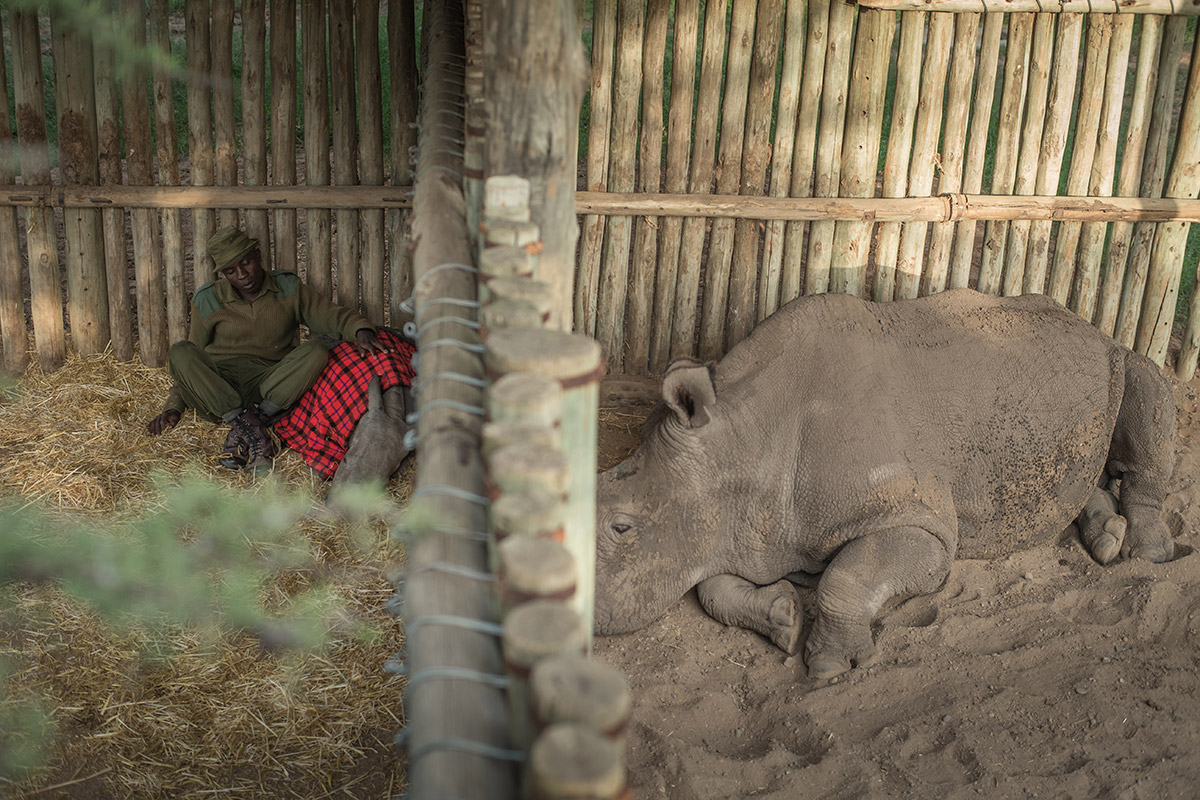 Here Sudan is seen, sleeping as close to Ringo as possible, through the enclosure

United for Wildlife, through this film, aim to give Rangers a voice. They are the ones fighting the war on the ground and working tirelessly in the field to protect our wildlife – which is a global responsibility. They are heroes because it takes passion, the hours are long, their lives are at risk and they have to spend large periods of time away from their loved ones. They are also heroes in my eyes because after losing a rhino to poaching, they still need to get up the next day and continue to work and give it their best – continually remaining positive. To work through the night, in an area where there is dangerous game, and be alert at all times is hard work. And it’s about time we celebrate these men and women that are doing this work all over Africa, and the world. This film focuses on the rangers working at the Ol Pejeta Conservancy – but they represent so many.

Thanks for taking the time to watch the film. Please share it with friends and family, and stay informed. It is so important that we ‘join hands’ and help those on the ground doing important work to expand on what they are doing. 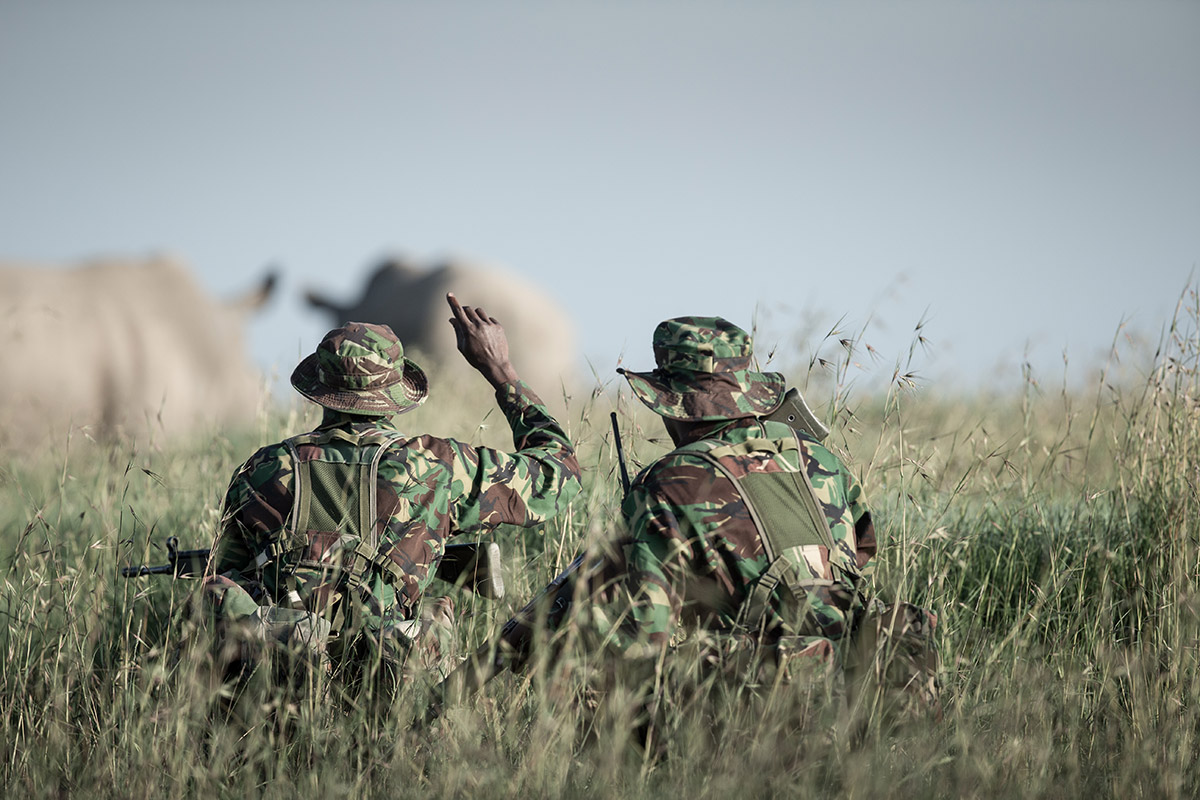 Anti-poachers in the field, Ol Pejeta

If you would like to contribute to the ‘Make a Rhino’ Project – that aims to use IVF technology to save the northern white rhino from extinction you can donate here – https://www.gofundme.com/makearhino – they still need to raise a huge amount of money to attempt this procedure.

Our next adventure takes us to Botswana – we will be spending time on Chief’s Island in the Okavango Delta. I will also be hosting a number of private guided safaris and look forward to sharing some photos and stories from my travels.

For private guiding related queries, or to purchase prints – please visit the site and send me an email.

Thank you all for your ongoing support. 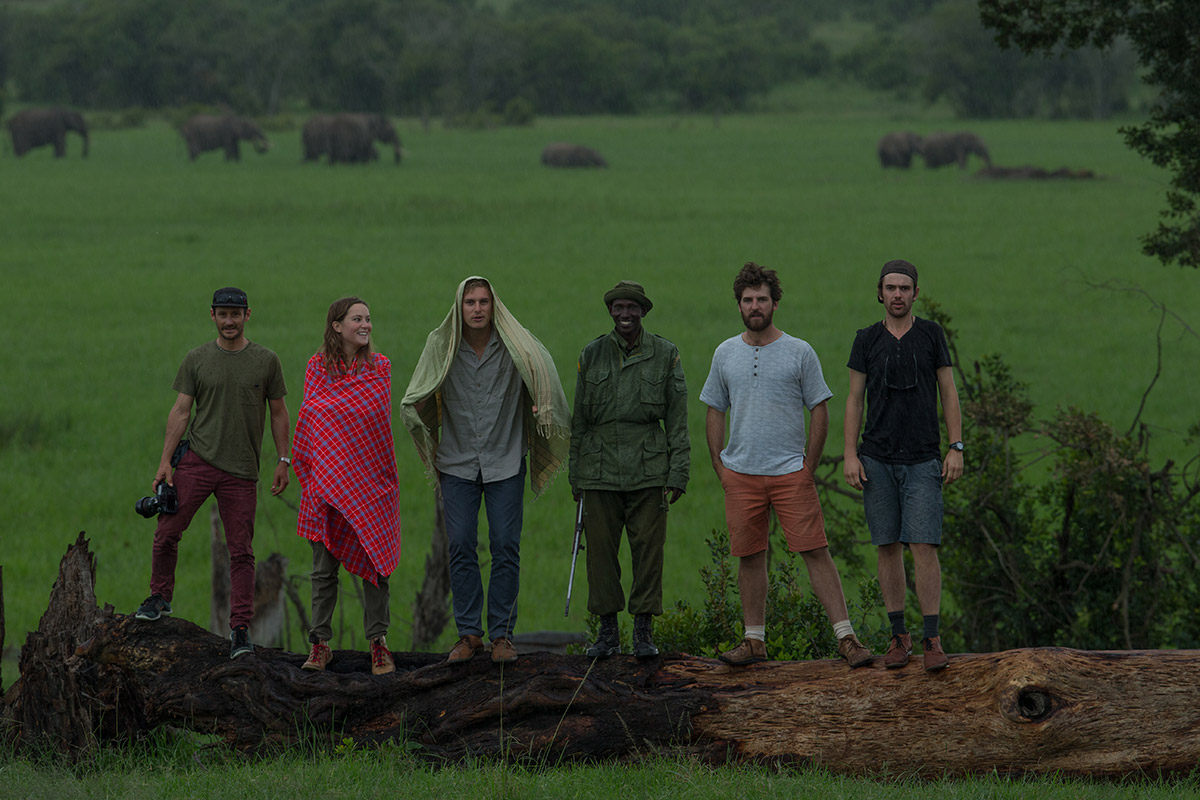 The team in Kenya at The Ol Pejeta Conservancy

Your feedback is valuable for us. Your email will not be published.

Other posts that you should not miss.

No posts were found!

I am a Ranger - James Suter
Order Photographic Prints
Are in interesting in one of the Gallery Images as a photo print?
Complete the form below the Galley and we will
get in touch with you for customized prints.
×
Newsletter Signup
To follow James on his adventures, learn about wildlife and conservation and be a part of creating change and the campaigns he supports, sign up below.
SIGN UP
Subscribe
×